Here's why Jallikattu SHOULD NOT be banned!

So after the central govt lifted the ban on 'Jallikattu', there has been a lot of outcry from animal rights activists. As a Tamilian, I'm now obligated to clear some misconceptions about this tradition.

First off, I am what you call a 'vegan' (actually, I'm a wannabe fruitarian) and I'm being one not because of religious reasons, but of moral reasons. I too rescue, adopt animals and fight for their rights and I strongly believe that humans should not enslave or treat them bad for any reason, YET! I support Jallikattu and am against banning it. I know this could be quite confusing because a person with this 'animal rights activist' profile will usually be associated with organizations like PETA, Blue Cross and would be totally against using animals for entertainment. So allow me to first clear up some misconceptions about Jallikattu and then I'll explain why Jallikattu should not be banned.

Misconception #1 : 'Jallikattu is just a sport for entertainment'

HELL NO! Let me start with the origins of this tradition. There are many theories about Jallikattu's origins, but I'm gonna tell you the one which I learned from my grandparents (who raised two majestic Kangeyam bulls that gave shivers down the village youths' spines during Jallikattu).  It goes something like this : Before tractors came and messed up our fields, we used bulls to plough the land. Before the ploughing and seeding season starts, the bulls will be allowed to mate with the cows (only then these bad boys would be somewhat docile 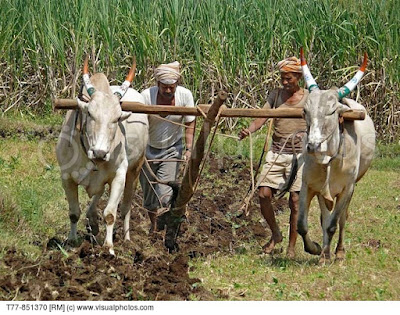 After ploughing is done, the seeding begins and then there will be no need for the cattle to be in the farm. So the farmers will let the cows & the bulls lose in the graze lands away from the village. They'll roam around free gazing. This is good for both the cattle & the farmers because this is the time the cattle gives birth to their young ones and here at the farm, there would be no worry of the cattle accidentally trespassing and grazing on the cash crops. 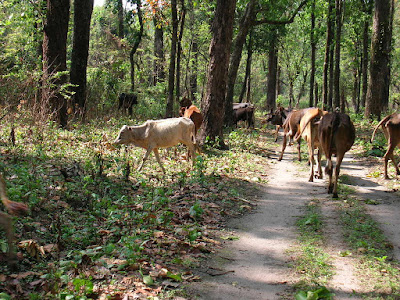 But after harvest, the cattle are needed back in the farm because they'll be made to gaze the leftovers on the field during which they excrete manure which is good for the soil and the bulls will be used for transporting the harvest. Now, here's where it all begins. When the farmers let their animals lose, they'll remove the nose rings & ropes of the animals to prevent them being abducted. While the farmers set out to bring back the cattle to their farms, it will be easy for them to get the cows & the calves since they're naturally docile and will have a good relationship with their humans. But our boys (bulls) on the other hand , they don't like to give away the freedom they've enjoyed for the past few months hence they resist.

So all the youngsters in the village will get together and go on a mission to bring back the bulls. Since there's no nose rope or ring to control the animal, they catch them by clinging on to their humps, and using their legs to stop the bull from running, finally putting the rope back on and bringing them home.  And since this is a highly risky business & takes a lot of 'guts' (sometimes literally), the bull owners will put bounties on the bulls' heads (when they let them lose) to encourage & reward the ones who capture their bulls for them. And when I say 'bounty', I mean literally a bounty called 'Jallikattu' which is cash coins (jalli) tied in a pouch (kattu). This is how it all began. There's no cruel intentions here, no weapon, no blood. But on the course of time, when tractors replaced our bulls, this cycle of letting the bull free and catching it back got interrupted, and worse, both the bulls and the art of bull catching started to go extinct. Hence, as an antidote this art of catching bulls was transformed into a tradition (or a sport) called 'Jallikattu' which saved both the bulls & this art from going extinct.

Misconception #2 : 'Jallikattu is a cruel sport in which the bulls are tortured & killed'

Okay, first of all, this is not like the western bull 'FIGHTING' in which the objective of the sport is to dominate, torture & kill the animal. In Jallikattu, the objective is to obtain the 'Jallikattu' a pouch which contains the reward coins called 'Jalli' tied to the horns of the bulls. And the guy who manages to cuddle the bull enough to remove & obtain this pouch, wins. The animal hardly spends 20-30 seconds in the arena. While the players are NOT allowed to carry weapons of any kind or wear protective gears, the bulls on the other hand will not have nose rings or ropes. Plus, they're equipped with a pair of sharp horns which can gore a human within seconds. So it's actually the bull which has the upper hand in this match.

The objective of the bull is just to escape these players and cross the exit line, which most of them does easily. But some of those bad boys would like to match up. They stop, turn around and charge at the players to show who's the boss. And our players will use their experience, skills and most of all their 'guts' to try and tackle the bull. BOTH the animal and the human are well aware of the game and hence THIS IS A FAIR SPORT, unlike hunting or horse racing where the animal has no idea of what's going on.

Is Jallikattu absolutely cruelty free with no harm to animals whatsoever?

No! Like every other animal-human relationship there are some problems in Jallikattu too that need to be dealt with.  Things like giving liquor to the bull, poking it are already strictly prohibited  by the Jallikattu committees but there are always the ones who break the rules, there are always accidents (which is what these activists cherry pick and report to demonize the entire tradition). They make it look like the entire tradition is evil and cruel to the bull!

I have seen many pet owners abusing their pets. So as per PETA's logic, we should ban keeping pets then? Is that how we should deal with social issues? How does banning the entire tradition for the actions of a few, make any sense?

Animal husbandry is spiritual in our tradition.

We raise our bulls like our children, with much care and respect.

We even have a festival dedicated to celebrate & show respect to our bulls. It's called 'Maattu Pongal'. 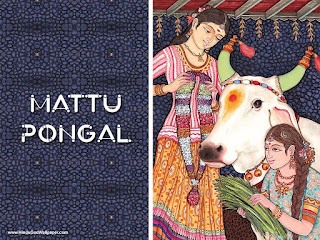 Has anyone of these activists ever been to a farm in tamilnadu? Do they know how much care it takes to raise a bull? Do they know how protective the bull owners are when it comes to bull's safety? Do they even know that we don't eat beef and consider cows as our mothers? 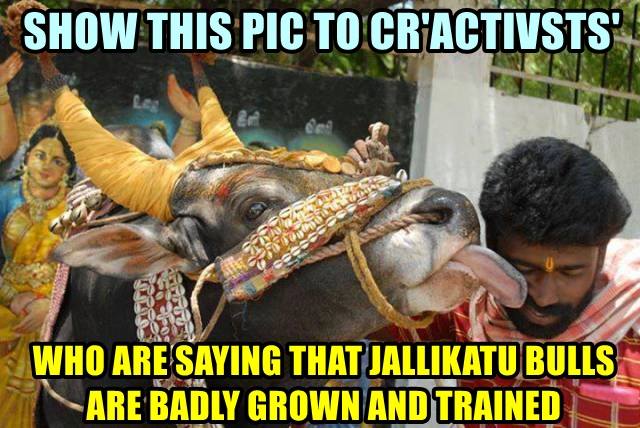 Jallikattu is what's keeping our native breed of cows from going extinct which is a huge problem for western cattle industry. They want to make money by selling us western cattle, bull semen, medicine, etc and our bulls are in their way. And they used PETA to get rid of them. I wrote a blogpost last year when Jallikattu was banned in which I've explained  this in detail. All we need is strict rules & regulations for jallikattu that'll ensure the safety of both the animals & the players. This will be a win-win for everyone. 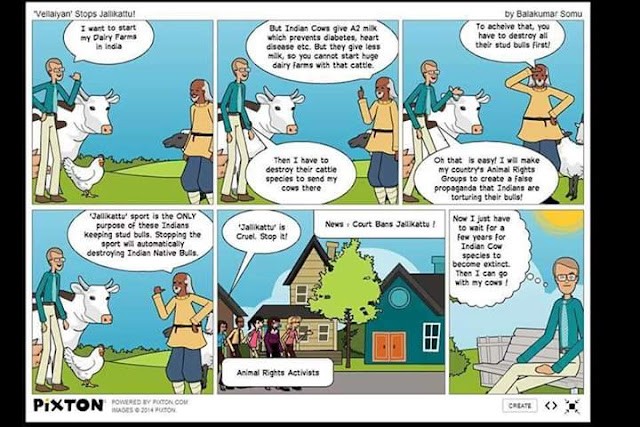 So listen PETA, the idiots who work for you may be too blind to see your hidden agendas.But we are not. We don't need no western NGO (which euthanizes it's own animals!! how hypocritical?!) and their mindless indian sepoys to tell us how we should treat our animals. Our culture knows better.

Where were these animal activists when the bulls were sent to slaughter houses after jallikattue was banned? (since the farmers couldn't afford to keep them without Jallikattu money) Why aren't these activists bothered about banning cow slaughter? Is using an animal for sport (which in turn ensure it's survival) worse than murdering an animal?

Even after all this, if these animal activists still want to ban Jallikattu, I'm all up for that too! BUT! Here's what these idiots should get done before banning Jallikattu :

ONLY after you've done all the above, which I'm pretty darn sure you wont DARE doing (for obvious reasons), you have any right to talk to about banning Jallikattu. I wonder how many of these 'animal activists' even know about the differences between indigenous and western breeds. How many of them have ever raised a bull? Been close to one? IMO, they're are just keyboard activists who are emotionally manipulated by organizations like PETA.

It's our tradition. It's in our blood.

It's a relationship between man & animal based on mutual respect which you won't understand. And we don't expect you to.

No banderillas, No horseback picadors, no ropes, nothing! You need balls. ADAMANTIUM balls! to face a bull with bare hands. And we Tamils have it!

Our majestic bulls will roam our streets again, soon! Happy Pongal everyone! durrrrr duurrrrr!
Posted by Unknown at 11:56